Grappling with the Puzzles of Mathematics

In 1960, Eugene Wigner, in his paper titled The Unreasonable Effectiveness of Mathematics in the Natural Sciences observed: “The miracle of the appropriateness of the language of mathematics for the formulation of the laws of physics is a wonderful gift which we neither understand nor deserve.”

In 2009, Mario Livio released a book asking a related question: Is God a Mathematician?  While Livio failed to answer the question posed in the title, he did address a slightly different question:  Is mathematics a human creation, or a human discovery? Wigner’s conundrum and Livio’s questions deserve answers. 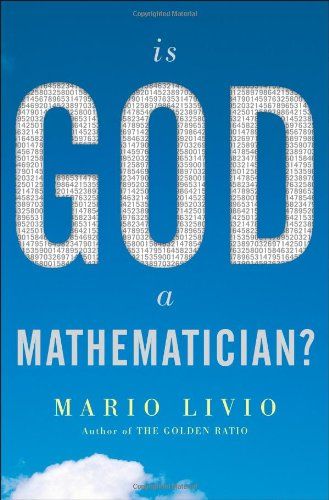 Is God a Mathematician? by Mario Livio

Explores the plausibility of mathematical answers to puzzles in the physical world, in an accessible exploration of the lives and thoughts of such figures as Archimedes, Galileo, and Newton. By the author of The Golden Ratio. 50,000 first printing.

As humans, we are provided with many perceptual/intellectual gifts.  One is the ability to distinguish objects and to count them.  Another is to sense length, breadth and depth – the three dimensions of space.  A third is to be able to make the imaginative leap from the things we see to abstract concepts about things in general. The mathematics of numbers arises from counting objects and making abstractions about the counting process. The mathematics of geometry arises from observing objects in space and making abstractions about the behavior of shapes.  Calculus is the mathematics of moving objects in space and time.  Remarkably, when we take our abstractions and apply common sense logical rules, we can learn new things.  When done correctly, we precisely and correctly predict the behavior of objects in the physical world.

It is not surprising that this ineffable relationship between abstract mathematics and the “real” world, Wigner’s “unreasonable effectiveness”, has given rise to deep philosophical speculations. Livio gives credit to Plato (ca. 428-347 BC) for the concept that mathematics exists in an independent and ideal world of mathematical forms and perfect truth, a philosophy known as Platonic Idealism. In the subsequent millennia, mathematicians, philosophers, astronomers, and physicists have wondered about this mystery and many have reached different conclusions.

A number of 20th century mathematicians hold that mathematics is created through the idealizing and abstracting processes practiced by humans and does not exist otherwise (Livio attributes this view to Sir Michael Atiyah and others). Many, however, including Albert Einstein, remain puzzled: “How is it possible that mathematics, a product of human thought that is independent of experience, fits so excellently the objects of physical reality.” (Cited by Livio)

The Compelling Nature of Mathematics

As a student I was drawn powerfully to mathematics and its clear exploration of what I felt was a form of absolute truth.  Mathematical truth possesses an immediate and self-evident validity, unlike the physical world with its vague, complex and messy behaviors.  It seems intuitively clear that mathematical truth does not depend on the physical world.  Any objects, in any universe (real or imagined), are countable and subject to arithmetical laws; and any shape or space can be analyzed in geometric or topological terms.

Mathematical laws, or proofs, are built through a process of formal definition and logical operations – a type of reasoning known as “deduction”.  Each new statement in a proof is a tautology of the former statement and true by definition. In this sense, mathematics is always a process of “discovery”.  All of those discovered statements in a mathematical proof are true when proved.  But at the same time, they always will be true.  More importantly, they were always true – even before a mathematician proved them.

Admittedly, this is outright Platonism, but it also comes very close to a position espoused by renowned physicist and mathematician Roger Penrose.  Penrose postulates three different “worlds” – the conscious world (our mind), the physical world and the mathematical world. He then offers three profound mysteries:

(1) The physical world seems to obey the laws of the mathematical world;

(2) Conscious minds have somehow arisen out of the physical world; and

(3) These conscious minds are able to discover and reveal the mathematical world.

Penrose observes:  “No doubt there are not really three worlds but one, the true nature of which we do not even glimpse at present.” (From Shadows of the Mind (1994), cited by Livio,)

I don’t know whether Penrose was intentionally ironic in making this statement. Yet I find it echoes language that a theologian might offer in discussing the mystery of a Divine Trinity in a Unitary God. 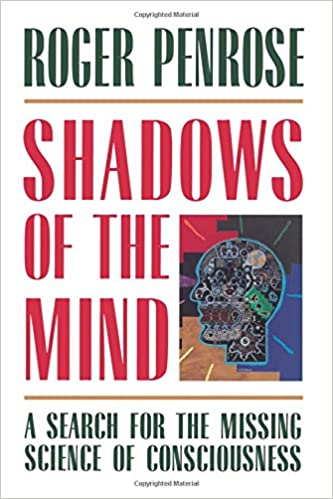 Shadows of the Mind: A Search for the Missing Science of Consciousness Reprint Edition by Roger Penrose

A New York Times bestseller when it appeared in 1989, Roger Penrose's The Emperor's New Mind was universally hailed as a marvellous survey of modern physics as well as a brilliant reflection on the human mind, offering a new perspective on the scientific landscape and a visionary glimpse of the ...

Livio takes a nuanced stance on the question of math being discovered or invented in his conclusion, claiming that mathematics is both discovered and created.  He agrees that while there are fundamental truths that apply to our physical universe, much of what mathematicians do is to create and explore invented conceptualizations.  Such ideas would, arguably, have no being except for the efforts of humans to explore them.  In my view, this simply punts the question from one of Penrose’s mysteries (the mystery of math) to another (the mystery of consciousness).

The Question of God

In the end, Livio does not tackle the question posed in his title – “Is God a Mathematician?” The title is, rather, being used as a rhetorical device, perhaps picked by the editor or publisher to increase sales. Notably, many of Livio’s modern counterparts hold fast to a non-deistic bias in framing the conversation.  Indeed, some are directly hostile to any concept of God, including those espoused by any of the major religions. This is understandable, since God is not a particularly “testable” phenomenon in an empirical sense.  As Livio notes (page 252) “scientists have selected what problems to work on based on those problems being amenable to a mathematical treatment.”

The other difficulty with Livio’s title is that it poses the question in a somewhat anthropocentric way by implying that God’s thinking process is like ours. In fact, if you believe that God is the creator of the universe including the laws of mathematics, then his relationship to mathematics is quite different from ours. We discover mathematics – God created mathematics.

The Story of Creation

The dialogue around these questions got a boost in 2015, when FQXi launched an essay contest Trick or Truth: The Mysterious Connection Between Physics and Mathematics.  Nearly 200 essays were submitted, including my essay The Hole at the Center of Creation.  I argue that the puzzles of mathematics go very deep – to the very heart of creation.

The truth is that on the frontiers of mathematics and physics there is a metaphysical hole at the center – an infinite void made visible in the form of paradox.  That hole is most elegantly revealed in Gödel’s incompleteness theorems, which imply that our understanding of the universe can be either consistent, or complete, but not both.  In one sense, this is a simple fact – you cannot see the whole world when you are stuck inside it.  But the ramifications cascade to all corners of the mental and physical universe:

“The Trick is that in pursuing fundamental questions on the nature of creation, of logical order, and of consciousness, we are led inexorably to an infinite void, a barrier to our ability to know, one that we cannot cross without reaching for a transcendent metaphysical explanation. Yet, precisely because it is transcendent, we have no empirical evidence for such an explanation and can only make intuitive judgments in choosing between alternatives.”

The bottom line is this.  If you believe in a God as infinite creator of the universe, then it is easy to accept the notion that God created mathematics, the physical world, and consciousness.  The puzzles of Wigner and Penrose are still “miraculous”, but not incomprehensible.  If you do not believe in such a God, then you will likely continue to conclude, as Penrose does, that the physical world, the conscious world and the mathematical world have a “true nature of which we do not even glimpse at present.”

Next Soledade and the Solitude of One
Previous Begging the Question - The Fallacy under Question
Love of Truth: Empty Without Action

Love of Truth: Empty Without Action

Spiral Inquiry
What Do We Really Know About The World?

Spiral Inquiry
A Culture of Fantasy Leading to Cultural Breakdown

A Culture of Fantasy Leading to Cultural Breakdown