Towards a TOE – Explaining Quantum Physics, Consciousness and Free Will

For more than a century, physics has been confronting the demon of indeterminacy in the quantum structure of the universe in the search for a Theory of Everything (TOE).  Theoretical physicists have struggled for a century to close the gap – unsuccessfully.   The esteemed Sir Roger Penrose (age 84) has a different idea that may move us closer to a TOE, but in an unexpected way: his theory also explains the mechanism of consciousness and free will.  By implication, it forces each of us (and every quantum state) to make a choice.

A quantum state (the location or spin of a particle, for example) involves a superposition of possible outcomes – the outcome is indeterminate until an observation is made, at which point the quantum state has collapsed into a single physical outcome.  This indeterminate state is essentially non-comprehensible, as it conflicts with the physical reality we experience and with the accepted findings of classical physics.

This problem was at the heart of the Copenhagen Interpretation (CI) – an informal conceptual protocol originated by Niels Bohr and Werner Heisenberg in the late 1920’s to patch over the paradox of indeterminacy.  Prior to observation, the probabilities of a quantum state in superposition exist – as if the alternative possible outcomes are, in some qualified sense, real.  At the point of observation and waveform collapse, an outcome is revealed – and the alternative ceases to be.  Erwin Schrodinger countered CI with his thought experiment, known as Schrodinger’s Cat:  CI suggests that the cat in the experiment is both dead and alive until its box is opened, a result that is intuitively and logically unsatisfactory.  David Mermin once characterized the CI as a protocol to “shut up and calculate.”

The responses to the CI have served as fertile ground for physicists for many decades.  Perhaps the most popular alternative is the “many worlds” theory that postulates that the alternative superposed states are real. When the collapse occurs, the universe splits into alternatives.  Our conscious observation remains in only one of these universes, while the other is inaccessible to us (but accessible – in theory – to the mind that exists in that alternative).  While this approach offers a consistent solution to the problem, it is counter-intuitive and largely immune to verification or falsification – and therefore useless in the eyes of many.

Roger Penrose has championed an alternative known as “objective reduction.”  He theorizes that the alternative outcomes of a quantum superposition are physically real – and the alternatives create a stress in the local gravitational field.  When the energy required to sustain the superposition in the gravitational field reaches a threshold, the superposition will spontaneously collapse to one outcome.  Penrose also linked the concept of objective reduction to consciousness by postulating that spontaneous quantum collapse in structures within the brain could be the physical mechanism underlying consciousness and choice.  This theory is now referred to as Orchestrated Objective Reduction, or Orch OR.

The ORCH OR Theory

Penrose’s Orch OR theory extends back to 1994, but was largely dismissed at the time.  This seems to have changed in 2014.  In “Consciousness in the Universe” Penrose and coauthor Dr. Stuart Hameroff, an expert in consciousness studies at the University of Arizona, reassert the consistency and explanatory power of the Orch OR theory in light of two decades of advancement in brain science, neuropsychology, pharmacology and quantum computing. Notably, in addition to other supporting evidence, it is now known that there are extremely large numbers of neuronal microtubules (MT)  in the brain that demonstrate quantum behavior.  As the authors note:  “It would appear that the expectations of Orch OR have fared rather well so far, and it gives us a viable scientific proposal aimed at providing an understanding of the phenomenon of consciousness. We believe that the underlying scheme of Orch OR has a good chance of being basically correct in its fundamental conceptions.”

The implications of Orch OR are profound.  Not only does the theory undermine the many worlds hypothesis and provide a missing bridge between quantum physics and gravity – it also radically sharpens the debate about free will.  As the authors point out “The mainstream view is that consciousness is epiphenomenal illusion, occurring after-the-fact as a false impression of conscious control of behavior.”  Notwithstanding the fact that the epiphenomenal argument itself would deny neuroscientists the efficacy to make such an argument (see: Contradiction in Neuroscience), Penrose/Hameroff respond by explaining that Orch OR provides a materialist mechanism for consciousness and by noting that quantum non-locality effects can account for the temporal variability seen in some neurological measurements.

According to Orch OR, objective reduction events are the basis of physical reality at the finest scale — and since they are indeterminate, they introduce what the authors refer to as “proto-consciousness”.  Objective reduction events are the ultimate constituents of physical reality – and each such event can be characterized (in my words – not the authors) as a potential choice point.    In the structured environment of the human brain, OR events (choice points) are orchestrated in such a way that human consciousness, and the related capacity for intentionality, emerges.

According to the authors:  “Consciousness implies awareness: subjective, phenomenal experience of internal and external worlds…. a sense of self, feelings, choice, control of voluntary behavior, memory, thought, language, and… internally-generated images and geometric patterns. But what consciousness actually is remains unknown.”  They note that many consider consciousness to be strictly materialist, an emergent property of physical stuff, while others support the dualistic idea that consciousness is inherently non-physical and inaccessible to empirical study.  They conclude that Orch OR offers a different approach:  “The Orch OR proposal suggests conscious experience is intrinsically connected to the fine-scale structure of space–time geometry, and that consciousness could be deeply related to the operation of the laws of the universe.”

What Are Our Choices?

What choice is being offered here?  OR postulates that the universe as we know it is an end result that emerges from the constant and cumulative objective reductions of the vast numbers of discrete quantum events that fill the universe – all of space and time, in fact.  Each of these reductions is indeterminate, and can be characterized as a potential choice point.  In the context of the human brain, a complex orchestration across these choice points gives humans the capacity to experience consciousness and to implement intentions that do change the world.  Consciousness places a fundamental demand on each of us to make choices — we are, at least in part, responsible for the course of our lives and of the universe in which we participate.

But OR also highlights another choice.  Given that each and every discrete quantum event of which our universe is comprised is indeterminate, we can choose to believe that the proto-conscious behavior in each quantum reduction is, essentially, unconscious, and that the outcomes of these events are entirely random and purposeless.  This is, I would maintain, largely consistent with the prevailing materialist view in the scientific community.  However, since OR repudiates the many worlds hypothesis, one can no longer appeal to a vast number of alternate universes in answering the “fine-tuning problem” or the “unreasonable effectiveness” puzzle.   The materialist is left with an entirely unsatisfactory formulation of what is known as the anthropic principle:  The conclusion is that we are conscious observers in a universe that accidentally displays the precise characteristics necessary for the existence of conscious observers.

“The Unreasonable Effectiveness of Mathematics in the Natural Sciences” is the title of an article published in 1960 by the physicist Eugene Wigner that discusses the seemingly inexplicable effectiveness of abstract mathematics to describe physical reality.  This topic was featured in the FQXi 2015 Essay Contest.  Max Tegmark, in Our Mathematical Universe (2014), radically expanded the many worlds hypothesis by speculating that every mathematically possible universe has a physical existence.

Alternatively, we can make a choice to believe that the universe we are in is an intentional one, and that the proto-consciousness we observe under Orch OR serves a universal purpose, the nature of which we are unable to observe.  Such a belief is no more speculative, and no more falsifiable, than the many worlds hypothesis, but in the context of Orch OR, it is consistent and complete.  The universe is not accidental and random, but purposeful.  Fine-tuning and unreasonable effectiveness are no longer a problem, they are now confirmation: The fundamental constants reflect a universal purpose, as do the mathematical laws by which they operate.  Moreover, that purpose leads, through physics, chemistry and biology, to humans, conscious observers that are able to orchestrate the proto-consciousness of the universe to their own ends.  Finally, human consciousness includes the ability to reflect on our own consciousness as well as on the intentionality that has led to this state of affairs – completing the circle, as it were.  Under such a belief set, it appears we are close to a TOE.

Many Worlds or One

Shadows of the Mind: A Search for the Missing Science of Consciousness, by Roger Penrose (1994), page 420.

Perhaps we are getting a glimpse – if we open our minds.  It’s a choice.

Next A Culture on Crutches and Living a Life Worth Living... From the Urgent priority to 'a priori'...
Previous The Determined Criticism of a Critic
Lucid Dreaming 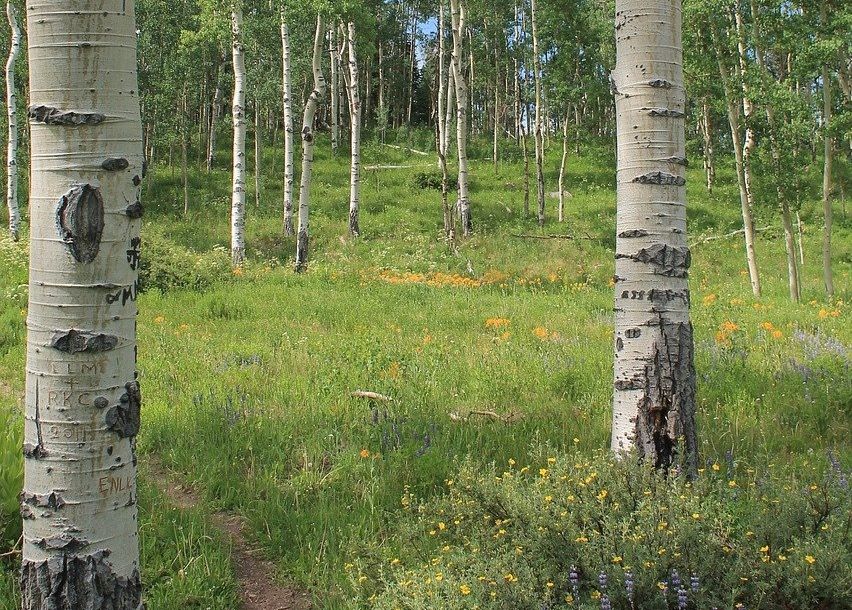