A Culture of Fantasy Leading to Cultural Breakdown

On a Saturday morning in late June (02021), the news in Boston was dominated by reports of a stand-off between state police and a group of heavily armed men that shut down a major artery into the city.  Fortunately, the police were able to keep the confrontation from escalating and the group members were arrested for firearm violations without shots being fired, even as the ring-leader posted lengthy videos during the standoff.  It turns out the group, traveling in the middle of the night from Rhode Island to a location in Maine for para-military training, belongs to “the Rise of the Moors”, based in Pawtucket RI. The group is self-described as a collective of “Moorish Americans” whose members are the “original sovereigns of America,” and believes that the laws of the United States do not apply to them.

How is it that a small group of individuals could convince themselves of such a fantasy?

The Appeal of Conspiracy Theories

The “Moorish Americans” are not an isolated phenomenon. We are now increasingly aware of the prevalence and influence of similar conspiracy theories, like those of QAnon, that have no factual basis but a surprisingly large following.  The respected Public Religion Research Institute (PRRI) recently reported on a survey they conducted on three key QAnon beliefs:

For, those of us grounded in family, friends, education, civic society and media sources that at least try to report factually, the absurdity of these belief sets is incomprehensible.  This seems to go far beyond the rising trend of denialism, polarization and misinformation in our society.

But perhaps we’ve been missing something.  Human beings are not crazy.  We are all rational creatures, and we all build stories and adopt beliefs to satisfy aspirations and desires.  Maybe there is something else going on here, at least for the majority of denialists and conspiracy theorists in the United States.  Maybe they are embracing these fantasies, not out of deep-seated ideological commitments, like true terrorists, but because of more mundane satisfaction.

Perhaps these crazy ideas relieve the tension of an uncertain, confusing and disappointing world.  Perhaps they offer excitement, as a form of play, like a real version of a video game.  Perhaps they bring a sense of importance by being privy to secret knowledge, a form of self-defined expertise in a world of experts.  Perhaps they offer novelty and the promise of social media notoriety.  Some of them, perhaps, think it’s all a big joke.

The Science of Human Intuition

We now know, from scientific work in evolution, neuroscience and psychology, that imagination is a critically important capacity of the human race.  It is exercised early in infancy, as babies and toddlers “practice” at becoming adult humans, a process which takes decades.  Imagination is the foundation for human prospection, the ability to see and imagine the future, which some argue is the defining characteristic of human intelligence.  It is also at the heart of creative inspiration, allowing some to move beyond the boundaries of culture and technology to the creation and invention of things and ideas that are truly new.

But, in the process of growing up from infancy to adult, we are supposed to learn to distinguish between fantasy and reality.  This learning process can be painful.  We can imagine kicking a rock like a football, but we will likely only try it once.  Similarly, shaping one’s social identity and learning to “fit in” is fraught with emotional pain, particularly when something we had imagined proves to be wrong, or we have to set aside our own biases in the face of the truth.  It is true we can sometimes distinguish fact from fantasy by careful observation and cognition. However, learning from the negative consequences of our mistakes is crucial.  Indeed, any parent can tell you that the failure to impose consequences on a child for unacceptable behaviour will inevitably lead to more of the same.

Finally, we also now know that the human brain, even in adulthood, exhibits wide-ranging plasticity.  The individual human brain, and the things it adopts as beliefs, can change quite significantly in response to the sights, sounds, words, experiences and choices of the individual, as well as the technologies with which they interact.

Now consider some of the technologies that have recently cascaded through modern culture.  Video games are highly compelling and intensive visual and emotional experiences that mimic the stimuli of the real world but without real-world consequences.  You can die a thousand deaths and come back to play again the next day.

Two generations ago, media was limited to local radio stations and 3-channel broadcast television on small screens, as well as local movie theatres and newspapers.  In the ensuing decades, media technologies and industries have exploded.  Huge, high-definition screens, as well as miniature ones that fit in your pocket or wrist, and thousands of “channels” with innumerable streaming options, are now routine and omnipresent in this country.  Content choices are nearly infinite, can be produced by almost anyone, and have also become much more intense, both visually and emotionally.  Social media and marketing industries have become corporate juggernauts and they deploy sophisticated psychological techniques to secure your attention.

As the scale of available content has exploded, the producers, editors and owners that used to be held accountable for the validity and truthfulness of the material they provided have slid into the background.  It is increasingly difficult to validate what is being broadcast, and the separation between news and entertainment has largely disappeared.  More content, with intense, compelling visual and emotional impact, does not mean more factual information.  In fact, the opposite is true.  It is nearly impossible to sort fact from fiction, and the lines between entertainment fantasy and real-life facts have been blurred beyond recognition.  Many content creators, whether individuals or institutions, do not care.  Many consumers also do not appear to care.  Truthfulness is no longer of concern.

How does a human brain internalize these experiences?  In the absence of a cultural framework that reinforces truthfulness, many people will say what they want and associate with whatever community promotes it.   If you face no consequences, it is simple – choose your fantasy.

Time to Grow Up and Face the Truth

Perhaps this incredibly rich and deep media immersion we have created reinforces our fantasies and enables us to ignore consequences.  Eleven men from Rhode Island think it perfectly reasonable to carry heavy arms through MA in the middle of the night and then deny that the MA State Police have any authority over them.   Thousands of self-described patriots storm the Capitol Building in Washington DC in January with only the most ill-formed of plans, to try and overturn an election result they believe had been stolen in spite of all the evidence to the contrary.

As for those of us pondering how this has happened and what to do about it, we need to acknowledge the serious consequences of a fantasy-based society.  Fantasy may be fun, entertaining and absorbing, but it is not real.  The consequences of a culture disconnected from reality are profound.  If not corrected, the spread of a fantasy culture may lead to the loss of trust in the individuals and institutions that are actually grounded in reality.  We have seen this before in history, several times in the 20th century.  The consequences have been horrendous to millions, and disruptive to human civilization as a whole.  In the 21st century, the scale of devastation from such a breakdown would be unimaginable.

It is time for all of us, as individuals and as a collective society, to grow up, to get real and to face up to the consequences.  We can turn the tide by holding ourselves and others accountable for words, actions and beliefs that belittle or undermine truthfulness.  Fantasy is not real.  Fantasy is not the way to a better life.   Fantasy can be deadly.

See:
Denialism Becomes Lethal
Denialism and Its Discontents
We Need Evidence-Based Strategies in the Post-Truth Era

Next Shakespeare on the World's Stage
Previous the free will debate
Love of Truth: Empty Without Action

Love of Truth: Empty Without Action

Spiral Inquiry
What Do We Really Know About The World? 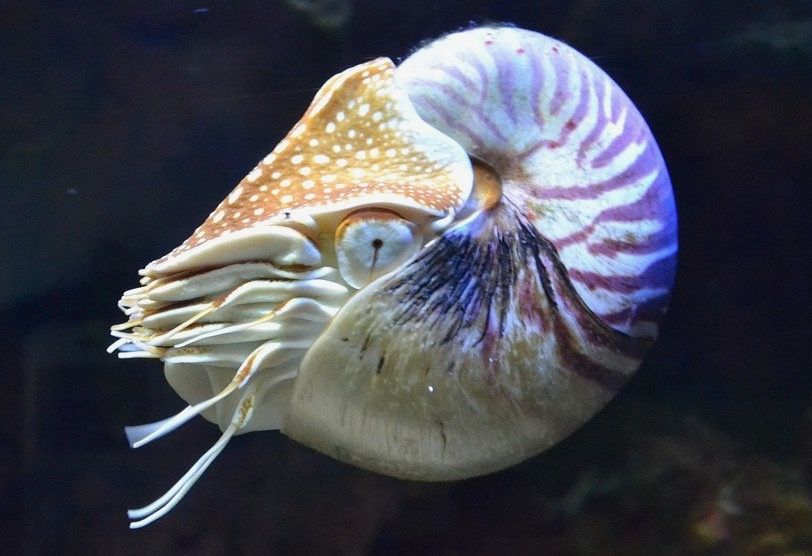 The Nautilus: Science and Symbol