Readers will probably find that this article jumps around a little. This article will be a cakewalk for those with the intellectual ability to balance several competing concepts simultaneously. For everyone else, keep mindlessly finger-swiping your lives away.

Okay, I am taunting here a bit. I need your entire attention span for this one!

The "state" of Economics as a discipline is divisive and fraught with inconsistency, ideological tendencies, and macro-egos of the kind that decimate populations. I will justify this claim in the conclusion of this article; in the meantime, I will attempt to compare the traditions associated with steady-state economics, originating from the likes of  Thomas Malthus and John Stuart Mill, with the neo-Classical interpretations of equilibrium found throughout macroeconomics.

On a side note, I wrote this article in the mind of two people, Bill Maher and Professor Steve Keen. I consider Steve Keen a personal friend and the "greatest living Economist." I have begun to write a book defending this claim that tries to come up with defining characteristics of what would make professor Keen a "great" historical figure. This article contains much of the inspiration now being "capitalized" to fund the intellectual efforts required to realize such an ambitious summary of a friend, an economist, and (to repeat it) the greatest economist of our time.

Here is Vox Day describing why he thinks Steve Keen is the greatest living Economist. Have a listen:

Bill Maher is a monologue master. For those who haven't watched his show lately, HBO puts the clips on YouTube for free. What a talent. Bill deserves all the wealth, influence, and success he has achieved for decades. Whether or not you side with his liberal position, how Bill uses humor to defuse the ridiculously dumb ideas is like no one else in the world.

Back to the observation at hand. To the layman philosopher, steady-state and equilibrium sound similar yet have distinct theoretical and political consequences with two completely different theories.

Steady-state economics, otherwise known as Ecological economics, views the world (literally) as a closed system (which it is). Equilibrium economics are statistical chimera dangling in ether for everyone under the protection of the bell curve. As it turns out, it's good to be under this curve; we all know what it feels like to be in a growing economy. Measured by GDP, our new all-knowing, all-seeing God changes the lives of billions one paycheck at a time. From fortnight to fortnight, the reality of income distribution is that capacity doesn't leave the family circle for most citizens.

This brings me to my next question, what if you categorized people who spent within their means to those that spent beyond their means or went into personal debt and then educated everyone on a straightforward question, what was Rousseau right, or was Locke? This would be a futile exercise because we know, like the nature-nurture debate, that this isn't a fair description of the difference.

Back to Ecological economics. I wish we lived in a world that worked with nature instead of against it as the dominant hegemony. For more on this, the literature of E.O. Wilson is invaluable. Biodiversity should have a seat at the table in whatever forms of economics we imagine and implement. But, on the other hand, we could just let it runs its course, and we can all see how it turns out. Do you see how Rousseau and Locke's ghosts (representations) reappear?

As Clara Mattei points out in the following interview, austerity has a historical meaning that consequently commits those who think they are using austerity to communicate caution, preparedness, and a pragmatic approach to prosperity are evoking the historical remnants of elites maintaining their strong capitalist hold on society.

Really? Do you buy that? I admit that her historical interpretation is probably on point. Still, you can tell by the excessive hand waving, dry mouth spit bubbles, and complex interconnected, albeit passionate, promotion of her upcoming fascist-inspired book that she feels she has something important to say.

I am not saying that Mattei is a fascist, not by any stretch of the imagination; to the contrary, I am speculating that there is a deep-rooted resentment in academia for the elites that control the world's wealth. Besides, she uses the F-word in the title of her book, so F-bombs are allowed.

To add some perspective, I have to share with you an anecdote. I imagine a social media influencer campaigning around the message that austerity was the new prosperity. Mattei destroyed my campaign idea all because austerity has a dark origin story. Damn you, Clara!

On second thought, I've often thought that the pragmatic approach to a world at the peak of prosperity would be to practice learning to live with less and limit our consumption of material goods. I would even go as far as to say to watch what natural ethics emerge from this if prosperity, as we have known it for the past 40 years, is gone forever. What would make it realistic?

A steady-state economy consists of a constant stock of physical wealth and population size. In effect, such an economy does not grow over time. Although this is what Wikipedia says, I don't understand how this would be true unless you were at capacity. And no, I didn't correctly cite Wikipedia; the way I presented the information was intentional, as is my repeating of the message, which is we must know our Limits to Growth (1972).

Hmm, I wasn't even born yet.

This I can say with certainty. As sure as there is biology, the sun, and light in the universe, resource-based prosperity doesn't go on indefinitely.

Would people use their money wisely? Sure there would be millions that still would opt in for the quick fix, trendy brand, or retail therapy, but some form of a shift in incentive is typically imagined by the unconstrained.

Regardless of whether or not there is a spending coefficient, a tax stimulus package, or another series of corporate bailouts, my opinion is that quality of life begins with the individual and how they handle complexity, stress, and life in general. Are you a productive member of society? What does that mean?

To this day, I still challenge the axioms at play within any complex system—for example, Rousseau versus Locke, which I will distill to laissez-faire and Leviathan. But, unless this is a false dichotomy, the distinction is all as far as we can derive in these two traditions; we can not extrapolate, interpret, or falsify anything built on this house of cards. Or can we?

One form of thought that I find refreshing is describing something generally misunderstood in society. By describing a problem, I expose my own thought process in a way that reduces my biases.

Looking for a good description has also served me well when I come across a thought leader, academic and otherwise, describing something complex like the origins of ideological politics.

In his 1987 book, A Conflict of Visions (1987, 2007), Thomas Sowell divides people into two categories; one group has a constrained viewpoint;

Whereas the other group has an unconstrained viewpoint;

At this point, I should be 100% convincing, not with my (perhaps overly) skeptical view of Clara Mattei's new book, The Capital Order: How Economists Invented Austerity and Paved the Way to Fascism (2022). But I can't help it. I was left with a very skeptical view of Clara's views after watching that INET interview.

And now, to soften the feel of this article a little bit, let's bring in the humor of Bill Maher. In this particular monologue, Bill is fighting back with the "New Word Order" and makes the following suggestions;

I would like to focus on the word austerity again. Because Mattei associates austerity as a means of manipulation by corporations to limit the wealth of workers, anyone who advocates austerity measures in preparation for climate change will have to question the wisdom of prudence.

Ah yes, that is the new word for the campaign I want my thought experiment (daydream) to use, instead of from prosperity to austerity, from prosperity to prudence. For anyone looking for a Walmart marketing campaign, I like, Buy less, spend less. How does a multi-national corporation embrace such an anti-business model? Is there any way out of this cave?

Imagine the conservative view, otherwise constrained by Sowell), was leading the charge against Climate Change. With the word "conserve" in the name of a political party, shouldn't the Conservative party be the most likely to encourage saving for the future? Back to the basics, focusing on the fundamentals and good ole traditional values are all campaign slogans for a Conservative party that should be otherwise known as the pragmatic party.

Sadly, this is not what we have. For some reason, the Conservative party is, as Sowell suggests, a party with a pessimistic view of human nature and views constraint as a natural form of governance. Good help us.

I promised that I would summarize and justify the following claim that the "state" of Economics as a discipline is divisive and fraught with inconsistency, ideological tendencies, and macro-egos of the kind that decimate populations.

You can have such a divergence of economic thought among experts, giving the ideal options to the most powerful. Decimating populations is an unintended consequence of re-organizing a social structure into something more ideal. In my opinion, the further we move away from the status quo, the exponential potential for systems to fall over, collapse, or implode is, well, exponential. And this is the point, yet, this doesn't mean that we don't approach complexity in new and novel ways. Perhaps we should start with an economic science that uses exponential analysis and complex systems in its models and analysis. Do you know any economists with such software?

I couldn't resist throwing a little more philosophy into this post. When I refer to the Odyssey, I am, of course, referring to the epic poem by Homer. Because I used "the" before Odyssey, it might sound like Theodicy, which for anyone who cares, is a compatibility defense against the problem of evil. The idea (ἰδέα) was brought to us by Leibniz.

In 1710, Leibniz wrote Theodicic Essays on the Benevolence of God, the Free will of man, and the Origin of Evil, arguing that this is the best of all possible worlds that God could have created.

I, for one, feel that we have only one world. Let's start acting like it. Enough with the theories and ideologies; let's get to the basics and do what works. 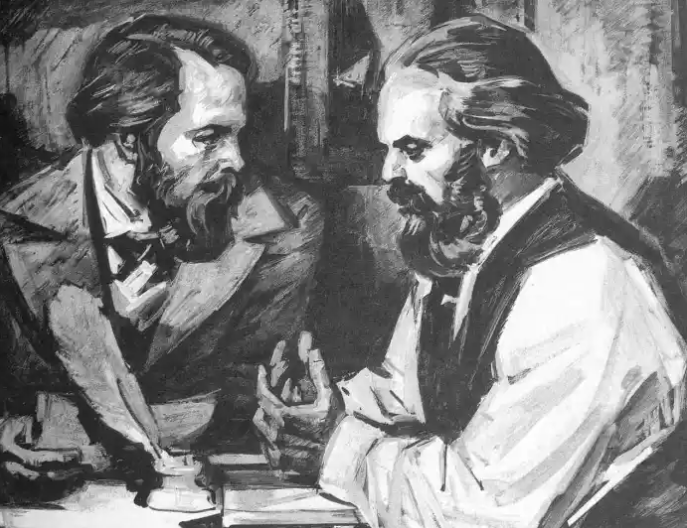