It has been above 35ºC (close to 100ºF) all week here in Coquitlam. Like most Vancouverites, I have no air conditioning. On top of that, I’m on Day 15 since first being diagnosed with CoVid-19. I finally tested negative but haven’t felt up to my usual long walks, thanks to being constantly masked in the fierce heat.

Over the past year, my last month's post has usually been a kind of meandering reflection on what I have seen and thought about on recent walks. So for a change, this post will be about my recent daily strolls through the large (air-conditioned) shopping mall across the street from my apartment — A different kind of jungle from last month’s bear encounter.

Writers have been predicting and documenting the demise of urban shopping malls for over 40 years. There’s a multi-billion dollar proposal to add 26 towers housing 21,000 people on top of the huge two-story retail mall I’m walking through. In this age of collapse, that’s about as likely to happen as the Singularity or the Rapture, but I guess people have to believe in something.

The owners of this mall are private and secret; a real-estate/PR firm fronts it. They own dozens of malls in Canada, cookie-cutter copies of each other. Most of their financing comes from Canadian and international pension funds, whose investment managers are faithful adherents to the religion of perpetual growth and inevitable progress.

For now, it’s a mongrel of a mall, with the usual trendy chains, a food court tweaked to reflect our heavily Asian-Canadian populations, some ancient signage that looks ’50s vintage, and a scaffolded, open but empty zombie of a Hudson’s Bay Company store, Canada’s oldest (and bankrupt) corporation. HBC is doubling down on its staggering business losses by bidding to buy the US’s largest remaining (also basically bankrupt) department store chain, Kohls. However, it looks like a vitamin-store chain is going to outbid them.

Shopping malls were designed as community centers, promising the kind of freewheeling, everyday mix of art, crafts, entertainment, current produce, and social camaraderie that ancient agoras and community markets once offered. But then “the market” intervened. Free stuff was jettisoned, and every square meter was leased to whoever could squeeze the maximum number of dollars in sales and margins out of the space. Of course, how to do that has changed with demographics, economics, and fashions, and many once-proud retailers fell briefly and disastrously out of step with buyers and are long gone.

A few years ago, mall owners here tore out tables near the food ‘courts’ that had been set aside for retired people, veterans, and game enthusiasts to play chess and checkers. They weren’t buying enough, so the geezers were told to go elsewhere.

There are new signs on the mall entrance doors here: For the first time since CoVid-19 began and customers began to stay away in droves, they’re reopening “extended evening hours” (until 9 pm) on Thursdays and Fridays.

But you can’t fail to notice the hand-scrawled notices on the doors of at least five of these high-rent stores, saying, “Closed temporarily due to CoVid-related staff shortages.”

As I wander through the mall, despite the turnover in names on the storefronts, I feel as if I am stuck in the past. We’re very close to the point where the world buys more online than it does in stores, yet this mall looks, functionally, like a relic of the Reagan era. It’s almost quaint.

The Chinese, who, unlike us, don’t live in the past, but much of what they do via live stream shopping, a concept almost unheard of here. The vendor offers customers an interactive, real-time online show, displaying, demonstrating, and explaining the product, answering questions, and modeling its use. There is more service than a traditional retailer can offer, and there is no need to leave home.

By contrast, even the Apple store here shows no innovation or imagination in processes or customer experience. Every transaction is adversarial: How quickly can they get you to buy more than you want and pay more than you planned, plus pay for extended warranties, special adapters, and other hidden charges, and then get you out of the store to make room for the next customer.

In the clothing stores, you have the choice between obsequious attention and being completely ignored, depending on the store's culture. The staff are both incapable of and forbidden from telling you anything or offering you anything that you couldn’t get faster and more easily from their online store. These humans in this zombie landscape are, most of them, essentially robots and underpaid commensurately. A total waste of potential value.

Why do people come here, I wonder, to escape the unbearable weather outside? I suspect the answer is a combination of habit and imaginative poverty — they don’t know what (else) to do with themselves.

The faces of the younger children display the same kind of bewilderment I am feeling: Why are we here when we could be doing something fun and interesting? Who are all these people anyway?

So I sit and listen for answers to this question. Unlike most Canadian malls, which are overtly hostile to ‘loiterers’ and offer no place to sit, this one has lots of public seating. Because it’s so hot outside, this seating is full.

My first observation is how the demographics of the people in the mall change depending on the time of day and day of the week. There are no people-watchers here now — most of us ‘loiterers’ are either tending to children or engrossed in or talking on their phones. But I’ve been here on weekends and late in the day when the audience is younger and more deliberately dressed, and there’s almost as much calculated people-gazing and posing then as there is on the Paris Métro at rush hour.

The voyeur in me instead has to satisfy himself today by taking stock of comings and goings. Mask-wearing is down to about 25% in the mall, an all-time low since CoVid-19 began, and I notice many of these only put their masks on when they enter the mall.

The other thing I notice is that the people coming into the mall look relatively determined and anticipatory. By contrast, far and away, most leavers look sullen and dissatisfied, especially if they have no bags in hand. What’s going on here, I wonder? And then it strikes me, the appeal that this mall has, that has people coming back despite its failures: The mall lures you in with its promise but never delivers on it. It’s like a bad girl/boyfriend, telling you all the wonderful things they’re going to do for you but never actually doing them. I look at the people going through the exit doors, and I see one message on so many of their faces: Oh well — Next time, it will be different, better.

And then, I suppose, they’ll forget, and later there will be something else they’re looking for, something they’re not sure about, and they’ll be back, full of fervent hopes and empty bags. A mall is a place of unfulfilled dreams.

Since CoVid-19 hit, and increasingly due to chronic supply chain issues that will only get worse, there have been major stock-outs in many stores. In the larger stores, you’ll see long empty shelves with “sorry” signs and empty pockets in otherwise-full shelves where someone has hoarded some specific item or suddenly just becomes unavailable. Ask the workers, and they’ll shrug — no one knows when anything will be back in stock.

In the smaller, lower-end stores that operate on volume, not margin, empty shelves are anathema and are filled with whatever else they can find in the back to fill the space, usually with a slight discount. In the higher-end stores, a half-empty look is fashionable, but they’re even more vulnerable to stock-outs. As soon as you look forlornly at the empty space where what you wanted should be, the chicly-dressed clerks in these stores will rush over and tell you they’ll deliver it to your home for free as it comes in. No, they don’t know when that will be. Would you like to come to the desk and give me your contact information?

As I wander through one of these stores, a young saleswoman with shining eyes and a huge grin rushes over to her co-worker and says, in a barely-controlled voice: “God, I love personal shoppers! A week’s commission in less than an hour!” The co-worker offers a rather jealous-looking congratulatory nod. I have no inkling what this is all about, so I retreat to the public seating area and google: “What is a personal shopper?”

If you’re too old or rich to do your shopping, this is a thing. Some of them are full-fledged “image consultants” recommending looks and products for their too-important-to-shop-for-themselves clients and then going out and picking the stuff up. Skilled personal shoppers can, the internet says, earn mid-six-figure incomes but often work long and unusual hours, and their jobs are precarious.

I had no idea. When I later told a friend about this, he said he didn’t know about it and added, smiling, “I thought that’s what spouses were for.”

An interesting phenomenon, at least for me as a long-time advisor to small entrepreneurial businesses, is the emergence of local independent stores in a one-block radius surrounding the mall. These stores have much less variety than the mall stores selling the same type of goods, and they’re a bit more expensive, presumably because they can’t get the same volume discounts from suppliers that the mall chains can. But what they do offer is an unhurried atmosphere and personal, knowledgeable customer service.

Ironically called High Street; I often wander over there to get my matcha, my pharmaceuticals and vaccinations, my organic produce, and other things, all because of the service. They know me. They address me by name. They know what I’m there for and what I like. They will special-order things for me and set things aside for me. They talk with me as if I’m a friend, though I know that’s mostly that special Asian-Canadian politeness I have come to respect so much here.

And they know that to catch the mall-disillusioned, they must be nearby. It’s a strategy that works. Unlike those in the mall, these quiet, smart, entrepreneurs’ stores have staying power. However, it’s not an easy life.

So now my walk is over, and I’m back in my apartment, where the thermometer says it’s 34ºC, the same as outside. I appreciate enormously the invention of ceiling fans, independently by the Chinese and Indians, centuries before electricity. I suspect we will soon have to rediscover such manual means of creating coolth. I take a cold shower and wander back into the living room, naked, with a towel at my feet to catch the drips, stand in the fan's shadow, and say, “Aaaah!” 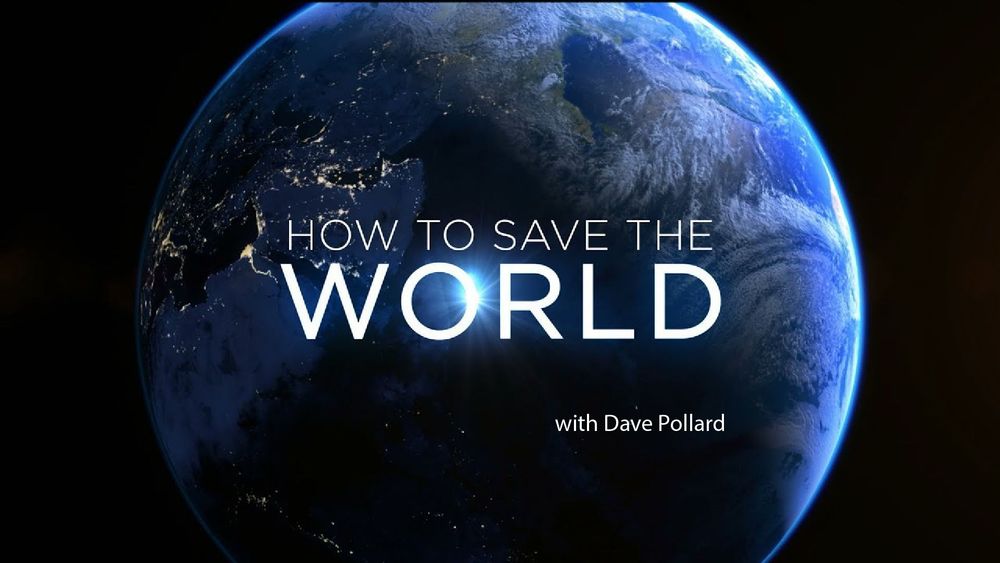 Creative Works
Up On the Roof 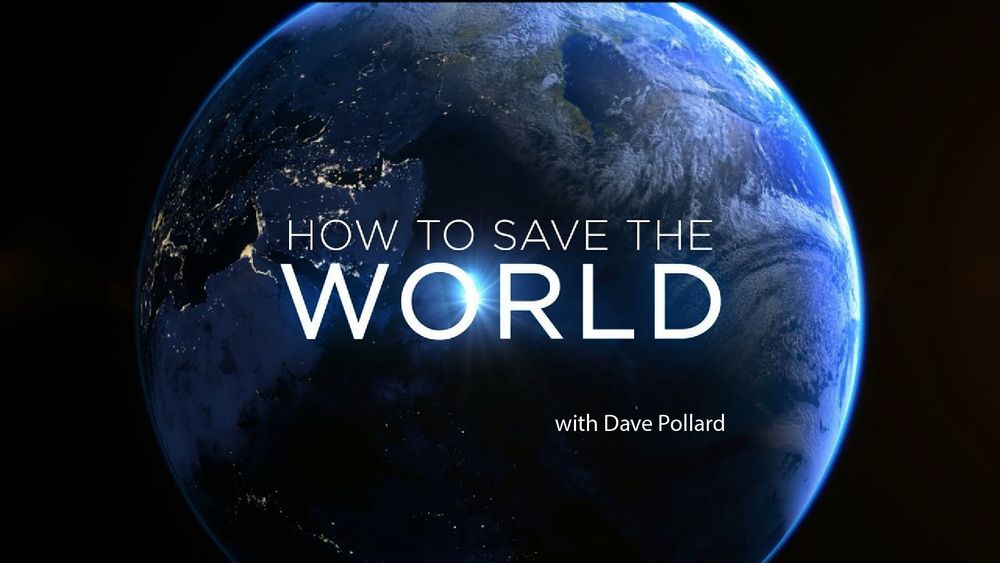 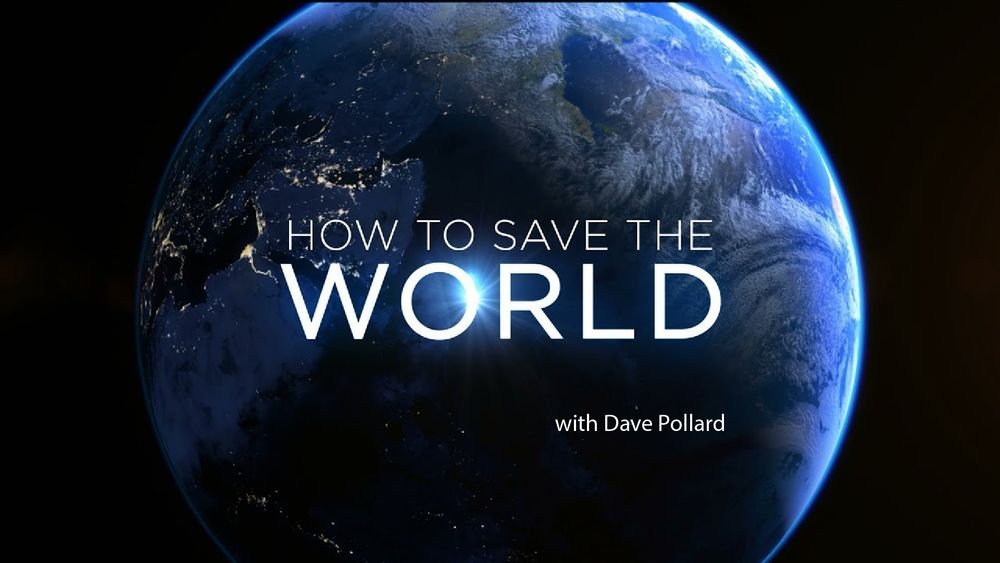