My 6th Sense is a GPS. What's yours? If self-driving cars are are the way of the future who's right when "know" one is Left?

Latest Post Who are They? by Alfred Tennyson public

Political Doppelgangers Unite in a Ride Share - Another planksip Möbius

Inspired by Arthur Schopenhauer (1788-1860)'s quote, "Every man takes the limits of his own field of vision for the limits of the world.". The titled responsion points us in the direction of a flawed forme of intersectionality, the world where blind spots limit our ability to, not only proceed, but triangulate along the ordinate and abscissa.

My 6th Sense is a GPS and this hand-held device that points me towards a concrete reality of urban sprawl. What's yours? If self-driving cars are the way of the future who's right when "know" one is Left? Nausea, vertigo and the feeling that your world is converging on nothing much are all symptoms of a stressed system. Fragility perhaps as some prophets pray for, the protection under the bell curve is harsh when the paradigm shifts. Our lack of "preparedness" is glaringly obvious and oh so tragic.

Let's say that I am trying to understand your perspective? Perhaps I should share mine? Is it appropriate to discuss what side of the partisan divide you stand? Red, blue, right or indifferent our cherished liberal democracies demand more than the binomial blinking lights and partisan politics that offer us only shades of red and blue oppression. The dichotomies that we face, in an interview fashion, exist as a method of questioning that dates back to the days of Socrates, brought to us through the writings of Plato otherwise known as the Dialogs, Platonic to be more precise. Designed to tease out the truth, the dialectician is, at times, a skilled interlocutor, a voyeur of sorts, imagins their response based on the false reasoning of others. This pesky gadfly is circumspect because her wisdom is clear only in hindsight or when it suites her sense of style. "Doing" philosophy for any other motivation other than the love of wisdom is a perversion of sorts. Identities extend beyond politics, for sure, yet some seem bound by the false limitations of a Republican/Democrat dichotomy, while others identify in more of a generic liberal/conservative group-think. Without thought or any idea of what it's for, thinking that is, this momentary amnesia extends far beyond the present and attaches to one's identity making much of who you are highly predictable. To break away from this deterministic political programming you must cultivate and exercise your own free thought whatever the cost. For me, I am a self-confessed autodidactic putting the onus on myself to not only learn but systematically approach problems so that bias is revealed, assumptions are identified and complex systems are explored via multiple counterfactuals.

I would like to, first of all, acknowledge the cultural narrative running in the background. Fundamentally, do you encourage government intervention? How much oversight and regulation is required for a society to function at optimum efficiency? This is perhaps a trick of the golden mean and yet I will ask you again, are you Rousseauian or Lockian in your view of human nature? Once you can come to terms and resolve the push-pull within this cultural Leviathan can we agree that the cultural ambiguity within and throughout this plurality of sorts is self-defeating and somewhat functional despite the irony? You see, however flawed this us-versus-them dichotomy is our contemporary condition is one of abundance; information abundance surrounded by consumer gluttony. Strip away the false sense of security and the convenience that the entitled segments of our society preach and all you are left with is a perversion towards economic determinism defending the status quo against an ever-increasing group of virtue signalling leftists. Here I go pointing towards a left-leaning stereotype and yet it does exist, we can identify these patterns of feelgood politicians who say a lot without doing much.

Inspired by Thomas Sowell's quote, "There are only two ways of telling the complete truth - anonymously and posthumously.". This responsion is in reference to the absolute truth, of which we can never be overly certain. And yet, we persist.

Neither here nor there, our political doppelgangers unite in rideshare, does this reduce their carbon footprint or give them the false impression of doing something worthwhile? This is the subject of another conversation altogether, hindsight is historical, fictions, on the other hand, resemble bipartisan bickering. Banning bans is a worthwhile contradiction, political correctedness is oxymoronic. Try writing anonymously, untethered from profession and identities. So what will future generations say about us when we fail to respond to the greatest existential threats of our time? And what exactly is that threat? At the current moment in our political landscape, we can't seem to agree on what threats we should be proactively reacting against. The priority lies within whatever political party you choose.

This brings me to my next point, once we have acknowledged the limited utility of the right/left metaphor we can extrapolate its predictive power and impregnate any and all conversations with meaningful conversation and healthy questioning. And now I must bring to your attention Rawl's symbolic "veil of ignorance". 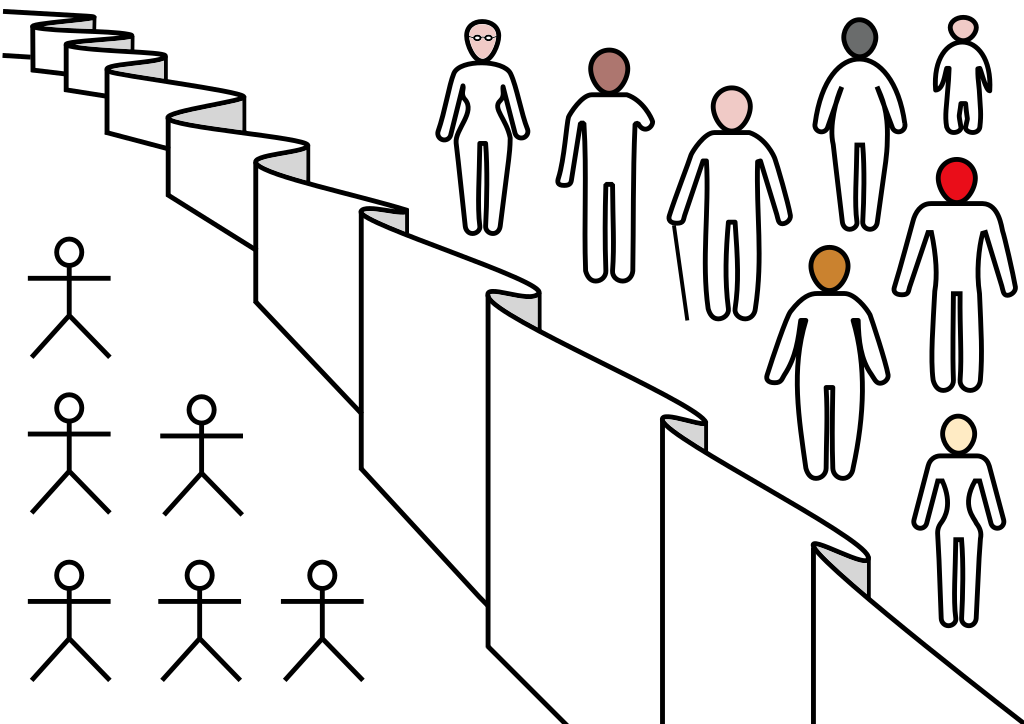 Imagine that you have set for yourself the task of developing a totally new social contract for today's society. How could you do so fairly? Although you could never actually eliminate all of your personal biases and prejudices, you would need to take steps at least to minimize them. Rawls suggests that you imagine yourself in an original position behind a veil of ignorance. Behind this veil, you know nothing of yourself and your natural abilities or your position in society. You know nothing of your sex, race, nationality, or individual tastes. Behind such a veil of ignorance, all individuals are simply specified as rational, free, and morally equal beings. You do know that in the "real world", however, there will be a wide variety in the natural distribution of natural assets and abilities and that there will be differences of sex, race, and culture that will distinguish groups of people from each other.[^1]

An Interesting Allele; a Variation on this Reading that is, with the same meme yet a different caption...

Right Versus Left - Steady as She Goes - Another planksip Möbius

Inspired by E.O. Wilson's quote, "Sometimes a concept is baffling not because it is profound but because it is wrong.". The responsion is a reversal of sorts, and points to the value to imagine that you might be wrong. Counterfactualize that!

If you want to move beyond the partisan party politics, keep in mind that directionality doesn't imply unconditional intersectionality. Sacrifice, limits and the problem of governance starts with the individual and should end in flourishing for all, sadly outcomes differ.

What makes you write today? Wrong turns, bad moves or a desire to learn? planksip is an organic platform for authors and academics. Welcome.

Take this opportunity to contribute to this thought in a new and novel way. Learn more!

If you are reading this and you are wondering about the significance of the above code, you might want to watch the following video...

Published a year ago